World Health Organisation (WHO) on Cannabis/Marijuana 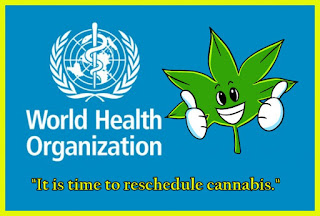 Cannabis is a generic term used to denote the several psychoactive preparations of the plant Cannabis sativa. The major psychoactive constituent in cannabis is ∆-9 tetrahydrocannabinol (THC). Compounds which are structurally similar to THC are referred to as cannabinoids. In addition, a number of recently identified compounds that differ structurally from cannabinoids nevertheless share many of their pharmacological properties. The Mexican term 'marijuana' is frequently used in referring to cannabis leaves or other crude plant material in many countries. The unpollinated female plants are called hashish. Cannabis oil (hashish oil) is a concentrate of cannabinoids obtained by solvent extraction of the crude plant material or of the resin.

Epidemiology
Cannabis is by far the most widely cultivated, trafficked and abused illicit drug. Half of all drug seizures worldwide are cannabis seizures. The geographical spread of those seizures is also global, covering practically every country of the world. About 147 million people, 2.5% of the world population, consume cannabis (annual prevalence) compared with 0.2% consuming cocaine and 0.2% consuming opiates. In the present decade, cannabis abuse has grown more rapidly than cocaine and opiate abuse. The most rapid growth in cannabis abuse since the 1960s has been in developed countries in North America, Western Europe and Australia. Cannabis has become more closely linked to youth culture and the age of initiation is usually lower than for other drugs. An analysis of cannabis markets shows that low prices coincide with high levels of abuse, and vice versa. Cannabis appears to be price-inelastic in the short term, but fairly elastic over the longer term. Though the number of cannabis consumers is greater than opiate and cocaine consumers, the lower prices of cannabis mean that, in economic terms, the cannabis market is much smaller than the opiate or cocaine market. 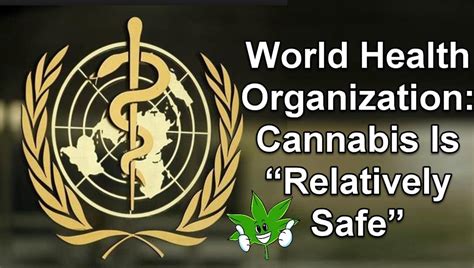 Chronic health effects of cannabis use

The health consequences of cannabis use in developing countries are largely unknown because of limited and non-systematic research, but there is no reason a prior to expect that biological effects on individuals in these populations would be substantially different to what has been observed in developed countries. However, other consequences might be different given the cultural and social differences between countries.

Therapeutic uses of cannabinoids
Several studies have demonstrated the therapeutic effects of cannabinoids for nausea and vomiting in the advanced stages of illnesses such as cancer and AIDS. Dronabinol (tetrahydrocannabinol) has been available by prescription for more than a decade in the USA. Other therapeutic uses of cannabinoids are being demonstrated by controlled studies, including treatment of asthma and glaucoma, as an antidepressant, appetite stimulant, anticonvulsant and anti-spasmodic, research in this area should continue. For example, more basic research on the central and peripheral mechanisms of the effects of cannabinoids on gastrointestinal function may improve the ability to alleviate nausea and emesis. More research is needed on the basic neuropharmacology of THC and other cannabinoids so that better therapeutic agents can be found.