Marijuana, also known as cannabis or pot, has a long history of human consumption. Most ancient cultures didn’t grow the plant to get high, but as herbal medicine, likely starting in Asia around 500 BC. The history of cannabis cultivation in America dates back to the early colonists, who grew hemp for textiles and rope. Political and racial factors in the 20th century led to the criminalization of marijuana in the United States, though its legal status is changing in many places. 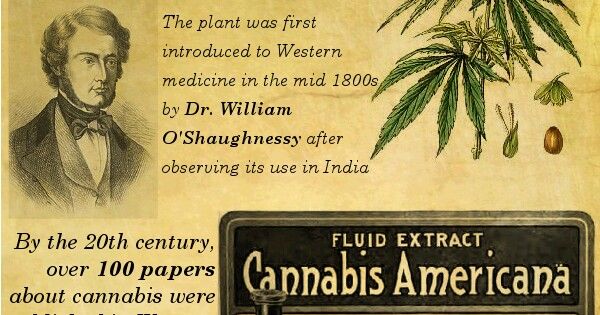 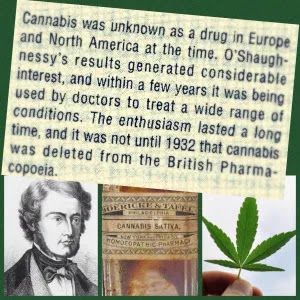 The cannabis or hemp plant originally evolved in Central Asia before people introduced the plant into Africa, Europe and eventually the Americas. Hemp fiber was used to make clothing, paper, sails and rope, and its seeds were used as food.

Because it’s a fast-growing plant that’s easy to cultivate and has many uses, hemp was widely grown throughout colonial America and at Spanish missions in the Southwest. In the early 1600s, the Virginia, Massachusetts and Connecticut colonies required farmers to grow hemp.

There’s some evidence that ancient cultures knew about the psychoactive properties of the cannabis plant. They may have cultivated some varieties to produce higher levels of THC for use in religious ceremonies or healing practice.

Burned cannabis seeds have been found in the graves of shamans in China and Siberia from as early as 500 BC.

In the 1830s, Sir William Brooke O’Shaughnessy, an Irish doctor studying in India, found that cannabis extracts could help lessen stomach pain and vomiting in people suffering from cholera.

By the late 1800s, cannabis extracts were sold in pharmacies and doctors’ offices throughout Europe and the United States to treat stomach problems and other ailments.

Scientists later discovered that THC was the source of marijuana’s medicinal properties. As the psychoactive compound responsible for marijuana’s mind-altering effects, THC also interacts with areas of the brain that are able to lessen nausea and promote hunger.

In fact, the U.S. Food and Drug Administration has approved two drugs with THC that are prescribed in pill form, Marinol and Syndros, to treat nausea caused by cancer chemotherapy and loss of appetite in AIDs patients.

Recreational Weed
An ancient Greek historian named Herodotus described the Scythians—a large group of Iranian nomads in Central Asia—inhaling the smoke from smoldering cannabis seeds and flowers to get high.

Hashish (a purified form of cannabis smoked with a pipe) was widely used throughout the Middle East and parts of Asia after about 800 AD. Its rise in popularity corresponded with the spread of Islam in the region. The Quran forbid the use of alcohol and some other intoxicating substances, but did not specifically prohibit cannabis.

Massive unemployment and social unrest during the Great Depression stoked resentment of Mexican immigrants and public fear of the “evil weed.” As a result—and consistent with the Prohibition era’s view of all intoxicants—29 states had outlawed cannabis by 1931.

Marijuana Tax Act
The Marijuana Tax Act of 1937 was the first federal U.S. law to criminalize marijuana nationwide. The Act imposed an excise tax on the sale, possession or transfer of all hemp products, effectively criminalizing all but industrial uses of the plant.

Fifty-eight-year-old farmer Samuel Caldwell was the first person prosecuted under the Act. He was arrested for selling marijuana on October 2, 1937, just one day after the Act’s passage. Caldwell was sentenced to four years of hard labor.

Industrial hemp continued to be grown in the United States throughout World War II, when its domestic cultivation was encouraged after the Philippines—a major source of imported hemp fiber—fell to Japanese forces. The last U.S. hemp fields were planted in 1957 in Wisconsin.

Marijuana Legalization
As part of the “War on Drugs,” the Controlled Substances Act of 1970, signed into law by President Richard Nixon, repealed the Marijuana Tax Act and listed marijuana as a Schedule I drug—along with heroin, LSD and ecstasy—with no medical uses and a high potential for abuse. It was identified in anti-drug programs like D.A.R.E. (Drug Abuse Resistance Education) as a “gateway drug.”

In 1972, a report from the National Commission on Marijuana and Drug Abuse (also known as the Shafer Commission) released a report titled “Marijuana: A Signal of Misunderstanding.” The report recommended “partial prohibition” and lower penalties for possession of small amounts of marijuana. Nixon and other government officials, however, ignored the report’s findings.

California, in the Compassionate Use Act of 1996, became the first state to legalize marijuana for medicinal use by people with severe or chronic illnesses. Washington, D.C., 29 states and the U.S. territories of Guam and Puerto Rico allow the use of cannabis for limited medical purposes.

As of June 2019, eleven states and Washington, D.C., have legalized marijuana for recreational use. Colorado and Washington became the first states to do so in 2012. Adults also can light up without a doctor’s prescription in Alaska, California, Illinois, Maine, Massachusetts, Michigan, Nevada, Vermont and Oregon.

Cannabis is still illegal under U.S. federal law, however, and the evolving legal status of marijuana is a subject of ongoing controversy in the United States and around the world.

Effects of Marijuana
Marijuana’s side effects—both mental and physical—are partly responsible for its checkered legal status. Short-term effects can include euphoria or other mood changes, heightened sensory perception and increased appetite.

While many people experience a pleasant “high” feeling after using marijuana, others may experience anxiety, fear or panic. Negative effects may be more common when a person uses too much marijuana, or the cannabis is unexpectedly potent.

The amount of THC in marijuana—the chemical responsible for the drug’s potency—has increased dramatically in recent decades. In the mid-1990s, the average THC content of confiscated weed was roughly 4 percent. By 2014, it was about 12 percent, with a few strains of pot containing THC levels as high as 37 percent.