Letter from a Doctor 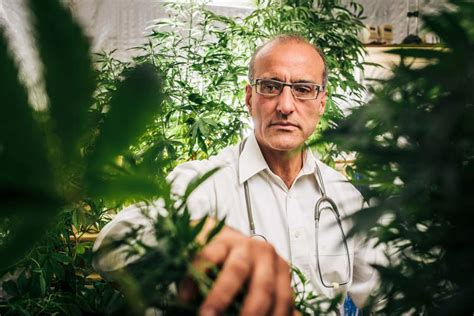 Dear Doctors,
“With so much information coming out about the medical value of marijuana, and that marijuana is not as dangerous as alcohol, why was it made illegal in the first place?”

Looking for a history lesson

Dear Looking,
That is an excellent question. Now that many politicians and the public are taking a more objective look at marijuana, many are asking about the legal history of marijuana and how it ended up in the category of drugs deemed most dangerous by the federal government (Schedule I).

To understand how we ended up here, it is important to go back to what was happening in the United States in the early 1900’s just after the Mexican Revolution. At this time we saw an influx of immigration from Mexico into states like Texas and Louisiana. Not surprising, these new Americans brought with them their native language, culture and customs. One of these customs was the use of cannabis as a medicine and relaxant.

Mexican immigrants referred to this plant as “marihuana”. While Americans were very familiar with “cannabis” because it was present in almost all tinctures and medicines available at the time, the word “marihuana” was a foreign term. So, when the media began to play on the fears that the public had about these new citizens by falsely spreading claims about the “disruptive Mexicans” with their dangerous native behaviors including marihuana use, the rest of the nation did not know that this “marihuana” was a plant they already had in their medicine cabinets.

This method of controlling people by controlling their customs was quite successful, so much so that it became a national strategy for keeping certain populations under the watch and control of the government.

During hearings on marijuana law in the 1930’s, claims were made about marijuana’s ability to cause men of color to become violent and solicit sex from white women. This imagery became the backdrop for the Marijuana Tax Act of 1937 which effectively banned its use and sales.

While the Act was ruled unconstitutional years later, it was replaced with the Controlled Substances Act in the 1970’s which established Schedules for ranking substances according to their dangerousness and potential for addiction. Cannabis was placed in the most restrictive category, Schedule I, supposedly as a place holder while then President Nixon commissioned a report to give a final recommendation.

The Schafer Commission, as it was called, declared that marijuana should not be in Schedule I and even doubted its designation as an illicit substance. However, Nixon discounted the recommendations of the commission, and marijuana remains a Schedule I substance.

In 1996, California became the first state to approve the use of marijuana for medical purposes, ending its 59 year reign as an illicit substance with no medical value. Prior to 1937, cannabis had enjoyed a 5000 year history as a therapeutic agent across many cultures. In this context, its blip as an illicit and dangerous drug was dwarfed by its role as a medicine.

Now that 23 states, plus Washington, DC, have passed medical marijuana laws, the public is questioning the utility of keeping marijuana under lock and key, especially in light of the racist and propagandized basis for making it illegal in the first place.

In just a few weeks, Florida, Oregon, Alaska and Washington DC voters will have the opportunity to put an additional nail in the coffin of prohibition by voting to legalize medical access in Florida and adult access in Oregon, Alaska and Washington DC. Changing the marijuana laws in these states and more to come is one of the first steps in dismantling the racially motivated war on drugs.

Dr. Malik Burnett is a former surgeon and physician advocate. He also served as executive director of a medical marijuana nonprofit organization. Amanda Reiman, PhD, holds a doctorate in Social Welfare and teaches classes on drug policy at the University of California-Berkeley.