Finding out if Marijuana Is adictive. (Who & why) 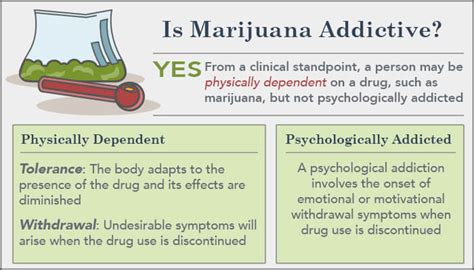 The world is slowly legalizing  Marijuana for both Medical and recreation. It's fair enough to read the good stuff about it, but we need to look at it from all possible effects whether positive and negative.

Researchers estimated that 4 million people in the United States met the criteria for marijuana use disorder in 2015.  138,000 voluntarily sought treatment.
The use disorder, according to researchers, can morph into an addiction when the person can’t stop using the drug even when it interferes with their daily activities.

The Canyon, a treatment center in Malibu, California, lists 10 signs that someone might have an addiction to marijuana. Among the signals is a growing tolerance for the drug’s effects, as well as using more marijuana than they initially intended to use.

Who becomes addicted to marijuana and why?
Genes are one strong predictor of developing an addiction, said Dr. Alex Stalcup, medical director of the New Leaf Treatment Center in Lafayette, California.

“When we look at the criteria for addiction, it has a lot to do with people tempering their behavior,” explained Carl Hart, PhD, an associate professor of psychology at Columbia University in New York and author of “High Price,” in a 2016 interview with Healthline.

Those who don’t become addicted also tend to have more options.

“Most of us have a lot of choice in life of things that make us feel good,” said Gantt Galloway, PharmD, executive and research director of the New Leaf Treatment Center and senior scientist at the California Pacific Medical Center Research Institute.

“Those who have fewer choices, who perhaps don’t have as rich a set of social interactions because their family life is difficult or because they have emotional problems that are stopping them from forming close friendships… those people may find drugs such as marijuana more attractive and be at greater risk for addiction.”

Mental health conditions, which have both genetic and environmental causes play a large one in a person’s chance of developing an addiction.

“Mental health is a huge risk factor for addiction,” said Stalcup. “Drugs work very well, at first, for mentally ill people. If you’re anxious, it’ll go away with a couple of hits, a beer. It’s like magic. But then, the tolerance sets in.

“So, not only do they need to drink more to relieve the anxiety, but every single time they try to stop, the underlying anxiety comes back worse. We conceptualize it as a biological trap. It works at first, it turns on you, it stops working, and then you still have a problem.”

Stalcup estimates that 50 to 60 percent of the people with an addiction to marijuana whom his clinic treats have some sort of underlying mental health condition. The majority of his clients have:

At first, marijuana offers a benefit. It makes the world more interesting to counteract the loss of pleasure in depression. It soothes anxiety. For those with PTSD who experience nightmares, it shuts down the process by which dreams form in the brain.