May 27, 2019
The Angel inside the demon (Marijuana)
Some scientific research has shown that some chemicals in the marijuana plant are beneficial with less risks they are called cannabinoids. It binds with our endo-cannabinoid system in the human body, According to a consultant palliative medicine physician,  the cannabinoids have scientific structures that are chemically  similar to THC (tetrahydrocannabinol )the compound found in the marijuana herb that is responsible for making its users experience the 'high ' .The beauty of the cannabinoids is that unlike THC, they do not induce hallucinations or the 'high' in its users. They are similar to naturally occurring body chemicals that are key in regulating pressure, memory, thinking, concentration, body movement, awareness of time, appetite, pain and the five senses:sight, smell, hearing,touch and taste. 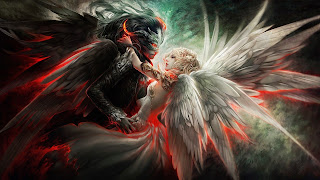 Cancer is characterised by intense pain, nausea and loss of appetite and cannabinoids have been found to be effective in pain control, appetite stimulation and thus weight gain in patients from terminal illnesses like cancer.
Scientific research conducted on lab rats has shown that purified extracts (extracts with THC )slow the growth of cancer cells

Clearly, nature has therefore seems to have a solution to our medical problems. Rick Simpsons Oil is manufactured from marijuana extracts but in countries that have not legalised the use of marijuana, it becomes tricky to work of this life saving remedy. Is it time for our governments all over the world to relook into  this and craft laws and legislations to facilitate the use of the herb for medical purposes?me thinks so , unless we want to lose a sizeable percentage of our population to this killer disease.There is a need to interrogate existing legal and moral red tape;we are faced with a serious war and if we are to win, we need to change our approach

Take the instance the case of HIV/AIDS in Africa; when the disease was first discovered in 1980s, a lot of myths surrounded it and due to social cultural bottlenecks, the diseases spread like bush fire. Stigma was at its highest; it took a change in social cultural and legal approaches to make strides in the fight against HIV/AIDS  and today, we have people living normal lives due to medication and social change; stigma had gone down and more people understand about HIV today than they did in the past. Time to change our approach to the fight against cancer is now if we don't want to risk being swept away for even though the disease is not contagious, the financial burden is unmanageable owing to the fact that the majority of African population is living below the poverty level. The pharmaceutical companies and hospital want to keep their business running, at what cost? Are there other ways that we can adopt and forget about cancer forever.

Let's keep the conversation going. What are your thoughts? Share your experience or story, we are listening, it can inspire someone fighting Cancer.


Disclaimer: the principles contained here is not designed nor meant to be a substitute for professional medical advice, it is only achieved for educational confidences only. You should recognise full responsibility for the way you decide on to use this information.

How to Buy or Make your own
The BEST way to get the oil is by making it yourself at home, but if you are not able to do this, you are free to order, but it would take anywhere from 7 to 28 Days to reach you, depending on your location and other factors.
Alternatively  Fill in order Form and we will contact you:- Click here