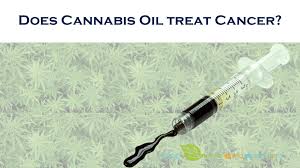 Cristina sanchez, a young biologist at Complutense University in Madrid, was investigating cell metabolism when she noticed something peculiar. She had been screening brain cancer cells as a result of they grow quicker than normal cell lines and so are helpful for analysis functions. But the cancer cells died anytime they were exposed to THC (THC), the principal psychoactive ingredient of marijuana.

Instead of gaining insight into how cells function, Sanchez had stumbled upon the anti-cancer properties of THC. In 1998, she reported in a European biochemistry journal that THC “induces apoptosis [cell death] in C6 glioma cells,” an assertive form of brain cancer.

Subsequent peer-reviewed investigations in many countries would show that psychoactive drug and alternative marijuana-derived compounds, known as “cannabinoids,” are effective not only for cancer-symptom management (nausea, pain, loss of appetite, fatigue), they also present a direct antitumoral effect.

A team of Spanish specialists led by Manuel Guzman conducted the first clinical trial assessing the antitumoral action of THC on human beings. Guzman administered pure tetrahydrocannabinol via a tubing into the tumours of 9 hospitalized patients with brain tumor, who had failed to respond to standard brain-cancer therapies.

The results were announced in 2006 in the British Journal of Pharmacology: THC treatment was associated with significantly decreased tumour cell proliferation in every test subject.

There is mounting proof, consistent with a report in Mini-Reviews in healthful Chemistry, that cannabinoids “represent a brand new category of antineoplastic medicine that retard cancer growth, inhibit growing [the formation of new blood cells that feed a tumour] and the metastatic spreading of cancer cells.”