August 18, 2018
A Centuries-Long Remedy for Arthritis

When Rick Simpsons oil is mentioned as a curative substance, its perceived benefits are very often limited to fighting cancer. However, hemp oil carries in it the cure to an unending list of maladies, major among which is Arthritis. When Rick Simpson,the leader of the Cannabis oil movement after whom the oil got named, started using the oil, he did not only cure his skin cancer. Simpson had been suffering Arthritis in his knees for years, and after starting to ingest the oil, he says that he lost the Arthritis completely. It is actually documented that marijuana extracts have been used for treating Arthritis ever since 2800 BC. 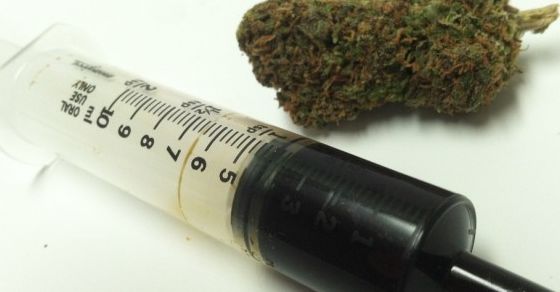 Firstly, we need to clearly identify the disease. Arthritis is a disorder that affects the joints, which despite being more common among the elderly, can affect people of all ages. Today, more than 52 million people across North America suffer one of the two types of Arthritis. This disorder is characterized by joint inflammation, which can cause severe levels of pain. Arthritis is a combination of more than 150 diseases that damage the joints and the patient's skeletal structure and is classified into two forms which are Rheumatoid Arthritis and Osteoarthritis. Both forms have similar symptoms of joint swelling and a limited ability to move. Arthritis patients always testify about how they live in an everlasting sense of fatigue, pain and utter discomfort.

Over the years, a plethora of supposed remedies for Arthritis has been propagated, from the hundreds of chemicals put out by the pharmaceutical companies, to the infinite homeopathic recipes that are claimed to cure the disease. However, recent studies have reinforced the claims that cannabis is the one and only substance that has proved its effectiveness as a true cure for Arthritis. One of the most recent studies conducted by a group of researchers at the second Xiangya hospital of Central South University in China provides us with scientific evidence as to how the whole process goes when the intake of cannabinoids occurs, whether by ingestion, oral intake, or any other method.

These studies prove that cannabinoid treatment has a major effect in reducing the damage that hits the Osteoarthritis patient's cartilage. The cartilage is the slick coating that we have on our joints, and which basically keeps the bones from grinding directly, which causes severe pain and could lead to restricted movement.

The same results were reported by Emily Gray Brocius, who writes in Extract, a magazine dedicated to the advocacy of marijuana legalization. The study that Emily report was published in the US National Library of Medicine, and it shows that synthetic cannabinoid treatment can reduce the cartilage damage associated with Osteoarthritis.

First off, cannabinoids are chemicals found in the cannabis plant. They can also be man-made to mimic the cannabis plant, and these are called synthetic cannabinoids. Cannabinoids could be even found naturally inside our bodies, and are labeled endocannabinoids. The most famous among the 85 cannabinoids that exist are tetrahydrocannabinol (THC) and cannabidiol (CBD.) THC is our main concern here. Rick Simpson oil is basically a concentrated THC extract. Due to the substance's analgesic and anti-inflammatory effects, its effectiveness as a treatment for Osteoarthritis patients is substantially higher than any of the pharmaceutical alternatives, which have been testified by many to have been pain amplifiers rather than relievers.

John Donovan, a former Rheumatoid Arthritis patient, once described the use of the commonly prescribed drugs as being equivalent to carpet-bombing your house after discovering a few cockroaches. Donovan used Cannabis as a remedy for his Arthritis, which started since he was 16 and was not cured or even allayed of pain until he resorted to cannabinoid treatment. In USA, He has been campaigning for legalizing medical marijuana ever since, and his efforts along with many others' in the state lead to huge progress on that front, as a bill before US Senate is expected to pass in 2017 legalizing the use of cannabis oil for medicinal purposes.

Going back to the curative effects of THC, the substance has been proven to reduce the anxiety and depression associated with Arthritis, which has been reported by many patients of the disease, especially those who have reached a level of confined mobility. The effects of cannabis in treating Arthritis have become so apparent that today there are companies, like the Vancouver-based Cannabis Technologies for example, that are working on developing new types of cannabinoid-based therapy to be used in treating Arthritis.

If you go to Rick Simpson's website, Phoenix Tears, or any of the other websites, blogs, or Youtube channels dedicated to medical marijuana, such as the CannabisPatientNet channel on Youtube, you would find no shortage of testimonials from people who have been able to ease their suffering with Arthritis, and hundreds who were cured completely by using cannabis oil treatment,including Rick Simpson himself. As pharmaceutical drugs continue to prove their failure at treating the disease, Rick Simpsons oil remains the one and only true cure for Arthritis and has been able to provide thousands of sufferers with the normal life that this severe disease had denied them.